What are the Signs of a failing alternator?

The alternator is a component of the vehicle’s electric system. It functions with the battery to maintain the car going along with all the electrical systems as well as lights running. The alternator, fundamentally, reprocess the power that the car battery has used while driving. It reinstates the power that is lost by the battery while it delivers the car engine management, climate, entertainment along with the other system with the needed power. Just think of the alternator as a mobile charger, and the car’s battery as the cell phone. Whenever the alternator goes bad and prevents recharging the battery, the car battery will die ultimately and the car will run no longer.

Here is a list of signs of the failing alternator:

If the car alternator starts to go terrible then you might notice that the dashboard or the headlights of the vehicle are becoming dimmer.

Slowing of the Electronic Accessories:

The alternator is accountable for delivering the power to the electronic accessories of the car. When it begins to expire then you might observe that the power seats or the windows function at slower speed than the normal.

A lot of today’s vehicles have a warning light on the dashboard that will aware the car driver whenever the alternator has any trouble. The light is usually formed similar to the car battery; though, some lights might say ALT or GEN. Frequently the light is activated only when multiple electrical parts are used at once. If you suspect a trouble with the signs listed above, then don’t hesitate to have it checked by our Certified Service experts in West Palm Beach, near Boynton Beach and Royal Palm.

There are some times when the issues that you are facing are not because of the alternator itself, although the belts coupled to it. A person could find out if that is the trouble by performing a visual check of the engine booth. By doing so you’ll be able to find and observe visually if the belt is too tight or too loose or if the belt is fractured.

The alternator’s power could be checked by our team in West Palm Beach, near Boynton Beach and Royal Palm, to find out if a repair or replacement is required, before you are stuck on the road somewhere. 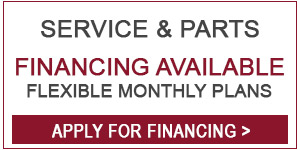